More than numbers: Why asset management firms are on the move

Many asset management firms are considering shifting significant operations away from traditional centers such as New York and Chicago and moving them to markets such as Florida, the Carolinas, and Texas. In late June, in the latest case, Citadel hedge fund manager Ken Griffin announced he is moving his company’s headquarters from Chicago to Miami. While prompted by tax calculations and accelerated by the COVID-19 pandemic, the trend has been reinforced by a host of operational and cultural considerations.

Similarly, the cost of office space is approximately three times higher in New York than it is in Dallas (~$82 per square foot vs. ~$29/sq ft). And the same political considerations which drove lower taxes can also create conditions more generally favorable to business and more personally attractive to some wealthy individuals.

Even on a financial level, such decisions are about more than a few top-level numbers. Especially when considering a potential move, firms must look at total corporate tax load and determine the relevance of individual tax consequences.

The decision of any business to move all or parts of its organization to another state raises distinctive operational and cultural issues. For all their Assets Under Management, the core assets of any financial firm are human. Grant Thornton Asset Management Partner Robert Holt emphasized that “Taxes may be a good reason to move. But the reason you can stay depends on whether you have the ecosystem, the social network, and ultimately the quality of life that you want.”

It takes an ecosystem

More so than most businesses, asset management companies rely on an ecosystem of attorneys, accountants, bankers, consultants, insurers, IT experts and other professionals to conduct business. They also require a steady stream of highly trained talent to staff entry- and mid-level positions. For those employees, less expensive housing and the lower cost of living in locations like Florida, North Carolina and Texas can be a big plus. Asset managers also require convenient public and private airports with robust operations and strong support of IT infrastructure. Local officials must be conversant enough in their industry to intelligently regulate it. It takes several asset management firms to generate a demand for services sufficient to build the critical mass necessary to sustain that ecosystem.

Fortunately, three factors have helped cultivate such ecosystems outside of the traditional financial centers.

Move for numbers, stay for culture

The location of a firm’s offices also has implications for retention, recruiting, and, more subtly, morale. With the war for talent, these considerations have taken on even greater weight. Financial services firms specifically often take justifiable pride in working very hard; however, employees in these types of organizations often place a very high value on the quality of their leisure. Their expectations of cultural amenities and the relevant vitality of the community in which the office is located have a significant impact on employee satisfaction.

For example, employees who have worked in New York City (NYC) have enjoyed access to one of the world’s greatest cultural centers and have benefitted from its vibrant entertainment scene — including amenities such as a robust theatre, music and comedy nightlife. Asking people why they willingly bear the higher costs of living and working in NYC often leads to answers related to access to arts and entertainment.

However, NYC is not the only cultural hub or source of excellent restaurants, for example. Esquire’s Best New Restaurants of 2021 include Hestia in Austin, March and Degust in Houston, Roots Southern Table in Dallas and La Natural in Miami. Further, the Real Deal (a popular real estate site) reports that the renowned NYC chef Marcus Samuelsson opened a location in Florida, because of its more relaxed COVID-19 restrictions. Florida recently boasted 15 Michelin-starred restaurants, and a number of Wall Street’s preferred eateries are opening up locations in Miami and Palm Beach.

There are other aspects of culture that may be even more central than the ability to find a decent bagel in Winston Salem. (The Bagel Station seems to be your best bet.) Especially after the adoption of more informal ways of working with COVID-19, employees may be attracted to more casual working styles, shorter commutes, warmer climates, good neighborhoods and schools, attractive real estate, and access to beach fronts and day trips.

The trend toward relocation seems to be clear and not likely to reverse, especially as non-traditional centers develop a critical mass of infrastructure and amenities. (A mega mall in Florida will feature a slope with real snow for Northerners nostalgic for skiing.)

Like entertainment and culture, education is another key issue for families with children. A recent Bloomberg article explores how an influx of high-income professionals from New York and elsewhere is driving demand on a limited network of prestigious private schools on Florida’s east coast. The article states that enrollment at 15 private schools on South Florida’s eastern coast is up 14% on average over the past two years, compared with a 1.7% increase across the country, according to the National Association of Independent Schools. Will educational supply be able to keep up with demand?

There are other difficult questions to navigate. What are the implications for HR, tax, operations and governance? Eric Coombs, Grant Thornton’s National Tax Leader for Asset Management, based in Fort Lauderdale, notes, “When you move across state lines, you always want to look at employment tax and withholding issues. With the emergence of hybrid and work-from-home models, we’ve already started to look at variations of these issues.”

To what extent will moving to a new office, or a relocated central office, be a choice?

What form will the move itself take? The Grant Thornton team has seen some interesting variations. National Managing Partner, Asset Management, Michael Patanella observed: “I’ve seen people do this in stages. You don’t want to force people to go.”

The move could be partial as well as phased, a multi-state variation on the emerging hybrid models. Senior Manager Charmone Adams said, “I’m seeing leadership not fully relocating, but working from home in South Florida and coming up to New York for board meetings.”

Once the move has been implemented, a new set of questions arises. How do local styles affect the larger corporate one? Do they conflict? How does a suit-and-tie culture interact with a shoes-with-no-socks culture? In cities such as Miami with its high percentage of Spanish speakers, will there be language issues? Practically, how will systems scale? The most successful relocations are the ones that have spent proper time planning and getting input from all of their constituents, including their investors, employees, and potential customers.

On a larger scale, macroeconomic changes, especially a recession, may pause much expansion and inhibit some movement. Alternatively, it could further invigorate an appetite toward cost savings which drove the trend initially. 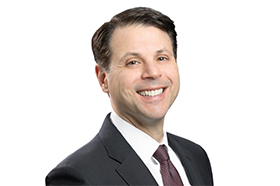 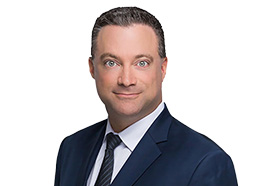 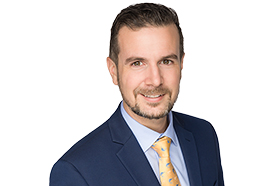 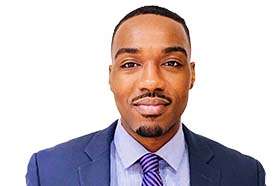 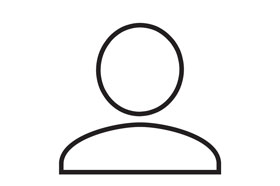