The formula for digital asset recovery

Digital assets are steadily gaining acceptance with users around the world. As the number of users continues to grow, so do the types of users, the range of use cases, and the level of investment.

“It’s not just that retail investing is increasing,” said Grant Thornton Principal & Forensic Technology Practice Leader Johnny Lee. “All manner of traditional industries are revisiting their stances on digital assets. Corporate treasuries are now adding digital assets. There are whole new industries being born to educate on, manage the custody of, and trade in digital assets.”

Businesses have begun to adopt cryptocurrencies as an inflation hedge or long-term store of value, as well as for payments and other uses. In the realm of cryptocurrencies, there are a growing number of investors with significant holdings in common currencies like Bitcoin and Ethereum.

“It’s not just that retail investing is increasing. All manner of traditional industries are revisiting their stances on digital assets.”

“Traditional notions and traditional strategies are being revisited as corporate America considers whether it should be involved in digital assets, because they don’t want to be left behind and because this represents a unique store of value,” Lee said. Cryptocurrency has become so commonplace that there are now tailored insurance products available for retail cryptocurrency investors.

Beyond cryptocurrencies, non-fungible tokens (“NFTs,” which are unique digital assets that are not interchangeable, unlike cryptocurrency assets) give organizations another valuable use case for digital asset adoption. NFTs provide a flexible and innovative way to directly commoditize brand value and programmatically provide rights and/or privileges to the holder of record. Both creators and established brands are actively employing NFTs to generate revenue and to increase audience engagement. “Through the vehicle of NFTs, digital assets give corporations a unique way of interacting with their customer base,” Lee explained. “They can enhance the brand and also monetize that enhancement, creating powerful network effects.”

As organizations shift more focus and investment toward digital assets, they logically ask about security considerations. They want to know about the risk of misappropriation, fraud and theft in the digital realm, and how digital assets can be traced or recovered in such cases.

“While the tracing and recovery of digital assets does present new challenges for investigators, the forensic work follows a familiar model,” Lee said. At a high level, the basic framework for a financial investigation still applies:

The permanent ledger of cryptocurrency transactions means there is an immutable record of every transaction. So, in that respect, tracing transactions can be easier (with the right tools and techniques), as one need only parse the ledger data — as opposed to obtaining bank records for potentially dozens or hundreds of different bank accounts.

The difficulty arises in tying those transactional data to the individuals executing the transactions. Since a valid identification is not required to establish a cryptocurrency address (tantamount to bank accounts) and since ledgers as a general rule track only addresses, amounts, and transaction dates/times, the work of identifying the actors behind the transactions can be quite challenging. This pseudo-anonymity allows some actors to try and obscure their true identities. Accordingly, additional context is needed to pierce this veil of anonymity and tie individual actors to specific transactions.

Recently, the U.S. Department of Justice arrested two individuals for their role in the theft of roughly $3.6B USD worth of Bitcoin from the Bitfinex cryptocurrency exchange in 2016. Deputy Attorney General Lisa Monaco said, “In a futile effort to maintain digital anonymity, the defendants laundered stolen funds through a labyrinth of cryptocurrency transactions. Thanks to the meticulous work of law enforcement, the department once again showed how it can and will follow the money, no matter what form it takes.”

Lee said these arrests are both more common in recent years and an illustration of the point that “there are already specialists performing fraud investigations using traditional asset tracing and recovery technologies, enhanced with their mastery of digital assets.” Lee explained that there was no mystery as to where the funds stolen from the 2016 exchange hack went; anyone interested in reviewing the ledger would have identified the destination addresses related to the theft. The question that stymied law enforcement for over five years was the identity of the actor(s) associated with those destination Bitcoin addresses.

Those Bitcoin addresses are comprised of a string of alphanumeric characters, which forensic specialists can analyze to provide the history and context of interactions related to each address over time. The public nature of the distributed ledgers involved provides for transaction-flow analyses, even when actors attempt to obfuscate their transactional histories by distributing funds to dozens or hundreds of different accounts.

“It’s basically what you would do in any sort of traditional asset tracing exercise, from one bank account in one part of the world to another bank account,” Lee said. “Your forensic specialists are able at some juncture to contextualize some of those addresses that were either intermediary or destination addresses along the way.” Ultimately, these actors will seek to convert their crypto holdings into fiat currencies, and this requires the involvement of what has come to be called an “off ramp.” Typically, these off ramps comprise cryptocurrency exchanges (which convert crypto to fiat, and vice versa). An increasing percentage of these exchanges are compliant with international financial compliance regimes like the “Know Your Customer” provisions of the U.S. Bank Secrecy Act.

“If it’s a reputable exchange, we can subpoena them for the registered account information of the cryptocurrency addresses of interest,” Lee said. This gambit requires the close collaboration of forensic specialists and legal counsel to provide the requisite evidence needed to obtain a subpoena or court order within the appropriate jurisdiction. “Reputable exchanges are going to cooperate. Many of them have entire departments established for such requests and have designed detailed protocols to ensure that they cooperate with lawful requests for information about their accountholders.”

“Assuming the accountholder-identity question gets solved at this juncture, the investigative team now has additional options. The information provided by the exchanges typically leads into more traditional asset-recovery territory, but additional asset tracing could be required before a ‘freeze order’ or injunctive relief can be levied against a traditional financial institution (for the accountholder in question),” Lee said.

The formula is solved

The adoption of digital assets is on track to both continue and expand. “The myth that cryptocurrency is nothing but a playground for criminals is demonstrably false,” Lee said. “Mainstream adoption continues unabated, and this adoption is taking on all manner of different forms, including digital assets held in corporate treasuries.”

“This formula has been solved. People are already doing this. But, as with a traditional asset tracing and recovery exercise, you need to enlist the help of specialists.”

“To the extent that there are concerns among those interested in this adoption — particularly about fraud, adopters are not without traditional remedies,” Lee said. Forensic and legal specialists have adapted established frameworks to trace and recover digital assets, leading to meaningful results for organizations that are victims of fraud and theft involving digital assets.

“This formula has been solved. People are already doing this,” Lee said. “But, as with a traditional asset tracing and recovery exercise, you need to enlist the help of specialists.” 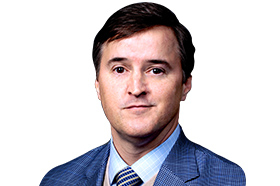