Meet Weird Enough Productions
“Everyone is a hero.”
Being yourself is a superpower.

Purple Paladin Tony Weaver, Jr., and his media non-profit, Weird Enough Productions, are on a mission to redefine how we see our superheroes and to empower the next generation to become their own. 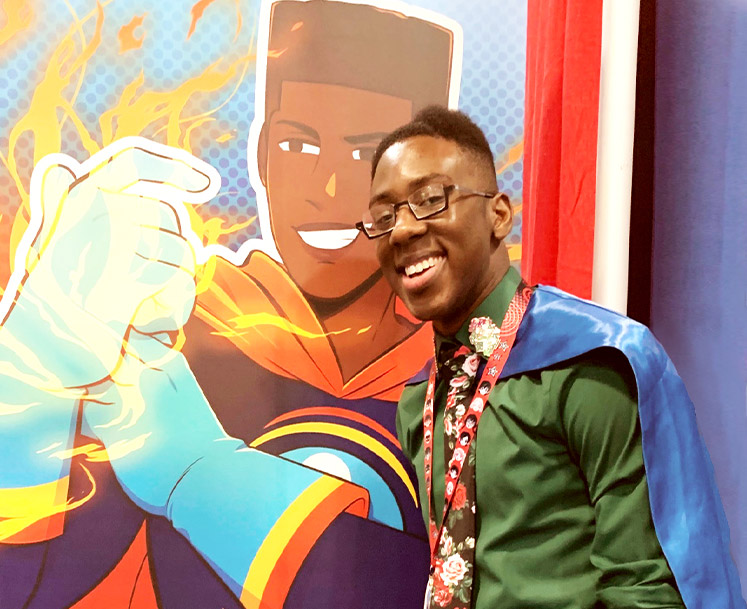 Superheroes are “super” for a reason. They’re who we look to in crisis or look up to for inspiration. But, what message do we send kids when the superheroes we celebrate don’t look the way they do? What does it say about who gets to save the day?

Life-long superhero aficionado Tony Weaver, Jr., was confronted with this question while volunteering at a local elementary school during his junior year of college. Nazir, a Black fourth-grade student, shared Tony’s love of superheroes and aspired to be like them when he grew up. But, when Tony asked about Halloween, Nazir had no plans to be a superhero.

Nazir was not alone. Tony had battled the same struggles with racism, representation and self-acceptance growing up. Knowing how many other kids must also be facing these challenges, he found a way to help them see themselves in their heroes – and to see the hero within themselves.

Tony founded the non-profit Weird Enough Productions with a mission to combat misrepresentation by harnessing media and storytelling to positively impact how young people see themselves. This comes to life through a wealth of free and interactive online content, including the organizations hallmark comic book series, “The UnCommons.”

The series tells the story of five unlikely outsiders who must save each other in order to save the world. Beyond diverse racial and gender representation, “The UnCommons” spotlights the human imperfections of its heroes and celebrates how “super powers” like vulnerability and courage save the day. Readers can also explore Weird Enough HQ, which features message boards, contests and more.

Weird Enough also partners with educators nationwide through “Get Media L.I.T.,”. “Get Media L.I.T.” pairs “The UnCommons” comic series with lessons plans and curricula to help teach students social-emotional learning, media literacy and digital citizenship. In the wake of COVID-19, online schooling and racial protests, Weird Enough is reaching students at a moment when they need it most.

“Young people have the world at the palm of their hand,” said Tony. “The question is how do we awaken them to the fact that they have that power and give them the tools to leverage that agency in order to create positivity and be heroes in their community? And I think that’s a large part of what Weird Enough does.”

To-date, Weird Enough Productions has impacted more than 150,000 young people through its representative content. “Get Media L.I.T.” alone has reached more than 1,500 students nationwide. And, with the help of Grant Thornton, this hero’s tale is just getting started.

“Our Purple Paladin program is a testament to the fact that everyone – regardless of race, gender or background – has the power to be a hero for positive change when they are empowered and supported,” said Grant Thornton CEO Brad Preber. “Now more than ever, we must all be heroes for diversity and equality, and we’re proud to join Weird Enough Productions in that mission for young people nationwide.”

Discover the superheroes of a new generation. 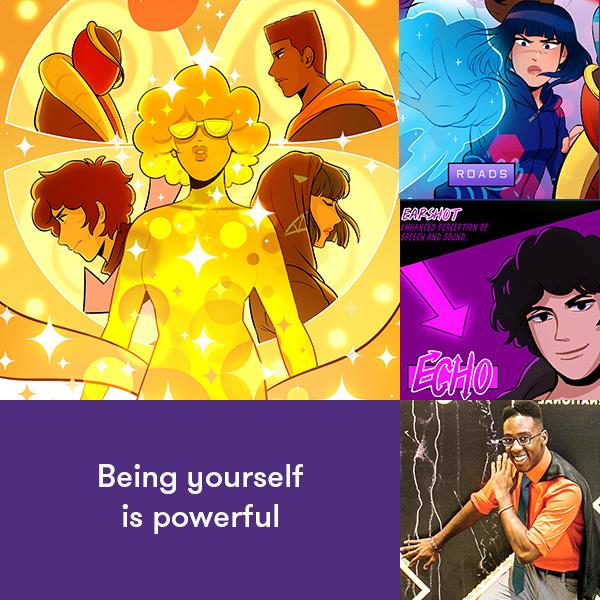 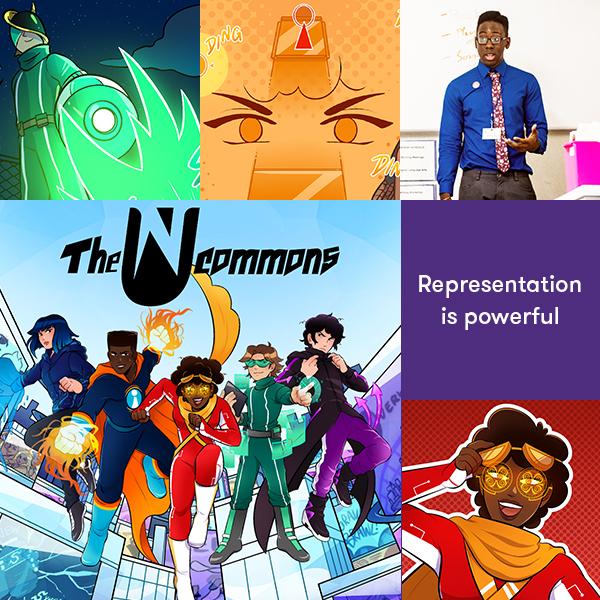 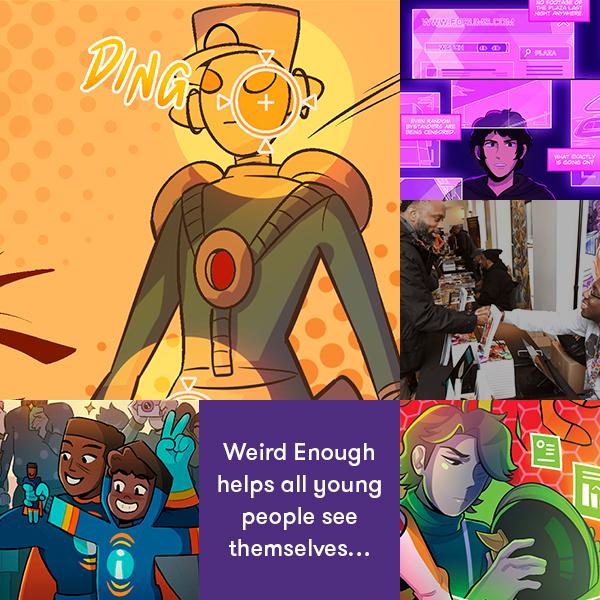 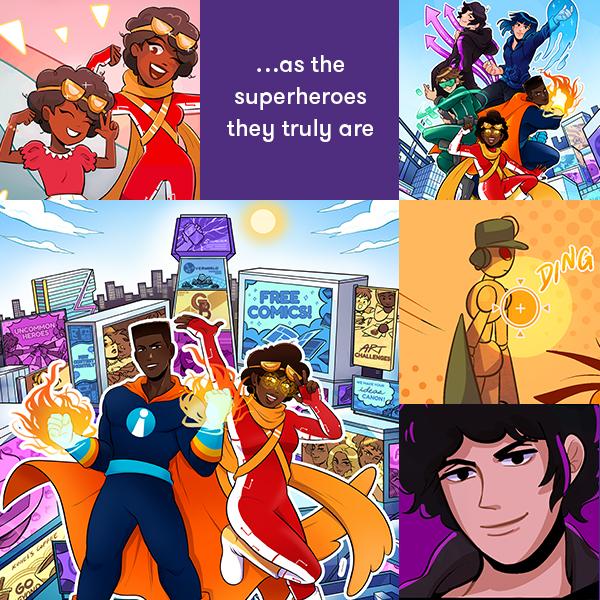 Meet Hope in a Box 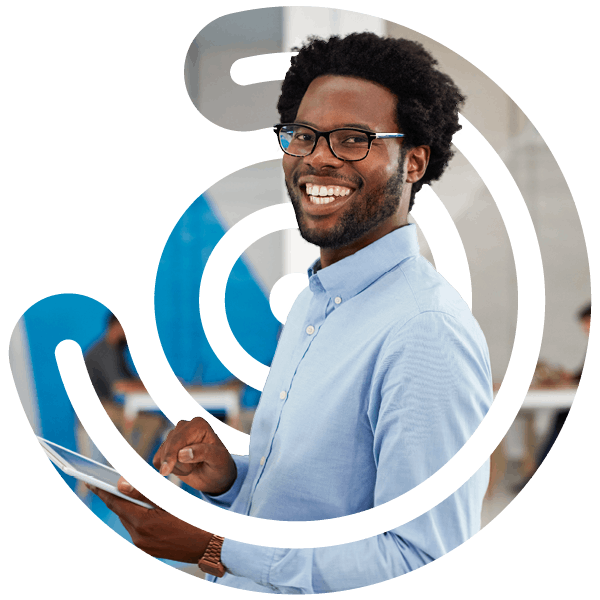